any luck getting the firmware?
also, is there any chance the dt80 manual could be loaned to me to do a proper scan?

I got the tracking number for the ROMs. They will be here some time next week. They gotta go through customs. I just hope that if they do x-ray the package it doesn't damage the data on them.

Yes I can loan the manual to you. It's in mint condition. PM a mailing address.

Update: I got the ROMs in the mail. Here is my best attempts at reading them. 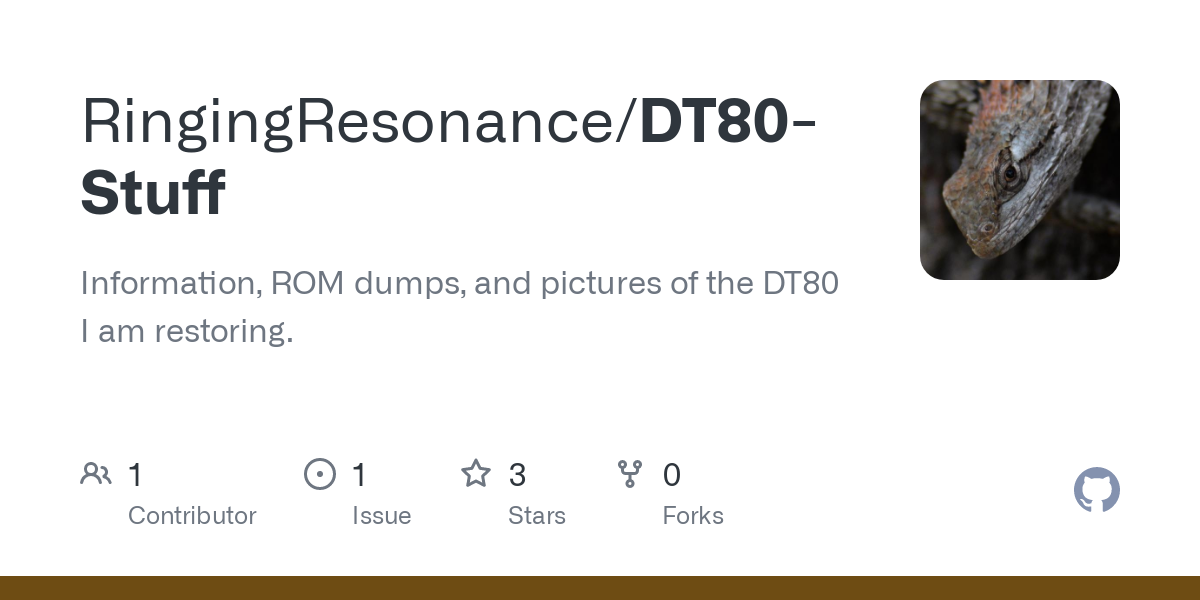 Information, ROM dumps, and pictures of the DT80 I am restoring. - DT80-Stuff/ROMS/mainROMs/GoodRoms at master · RingingResonance/DT80-Stuff

ROM1 didn't want to play nice at first, but I finally got a consistent read after some cleaning and using another ZIF socket between my TL-866 and the ROM.

I'm trying them out in my DT80 but it doesn't seem to work. For all I know it could be that the data was corrupted during shipping/reading, or there is a hardware difference I don't know about. But at least there is a copy of them now.

I also don't know if it's because I'm missing a keyboard and it just refuses to 'boot' without one. So that could be my problem.

After comparing my original ROMs to the 'good' ones, I found that my original ROM2 matches, but none of the others match except for ROM1 but only a byte here and there. Interesting failure mode. At least I'm almost certain that I have a good read now.
Last edited: Jul 13, 2022
You must log in or register to reply here.
Share:
Facebook Twitter Reddit Pinterest Tumblr WhatsApp Email Share Link
Top