Hey guys, I hope I've posted this thread in the correct section of the forum. It doesn't seem like this section sees much love.

have to admit i haven't posted or lurked for awhile. Life happens...

i have ZERO experience in the world of unix workstations.

I do however have questions for people that have and I will have a second post in this thread with the questions I have so far. 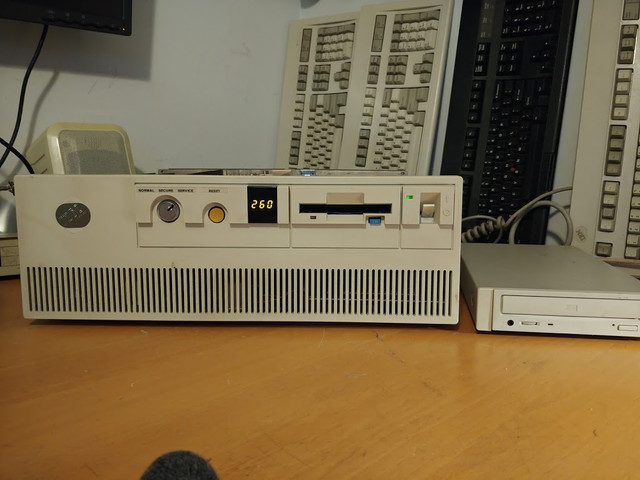 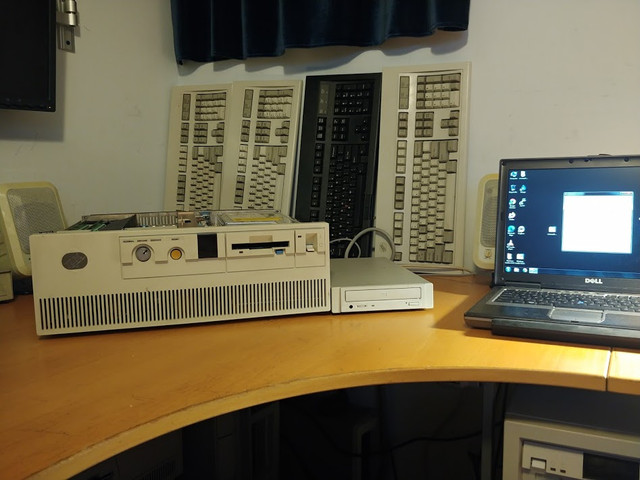 Well, you've got a real vintage one here and in a pretty pimped configuration for the time. Is it running AIX? Connect something up to the serial ports so you can see it booting. I must be blind, but I don't see your framebuffer. Did it come with any cabling?

Boot code 260, if I have the right list here, indicates it's trying to IPL over the network. It's probably forgotten a lot of its settings.
C

Nifty I picked up a couple later RS/6000s once upon a time, but I never got around to doing anything with them and ended up moving them on to a good home when I had to move.
P

Well, thankfully I at least got the system working.

I had absolutely ZERO luck establishing a serial terminal console link with the machine no matter what I tried. I went and purchased a brand new null modem serial cable and 9pin to 25 pin adapter, tried a couple different PCs with different terminal programs... no dice.

eventually however because a package arrived from amazon with a BNC to VGA adapter cable. (I already had the 3W3 to BNC cable for use with the GT3i framebuffer card) 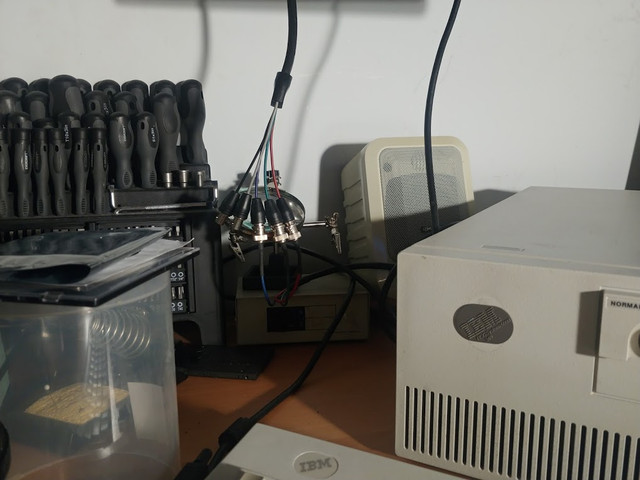 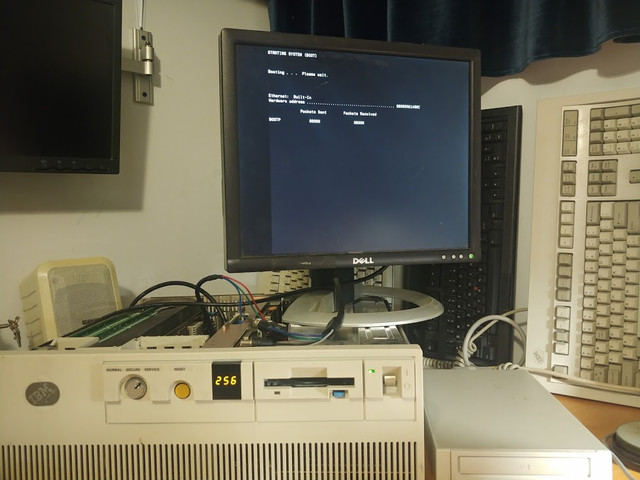 Success! it was displaying an imagine! (after two hours of troubleshooting, re-seating the ram finally fixed it.) Don't mind the trash picked dell monitor, i switched back to my nice IBM display afterwards. 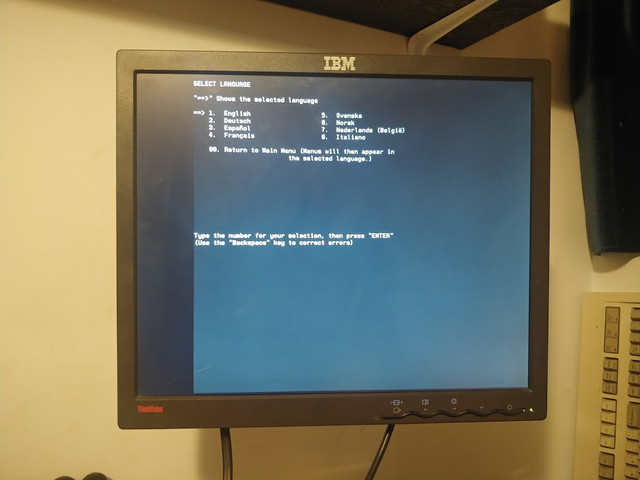 I was stuck at this menu screens and the system would not boot any AIX CDs I had burned. (the hard drives had been wiped)

I found a plextor DVD-RW external drive from about 2006 in my storage... BINGO! 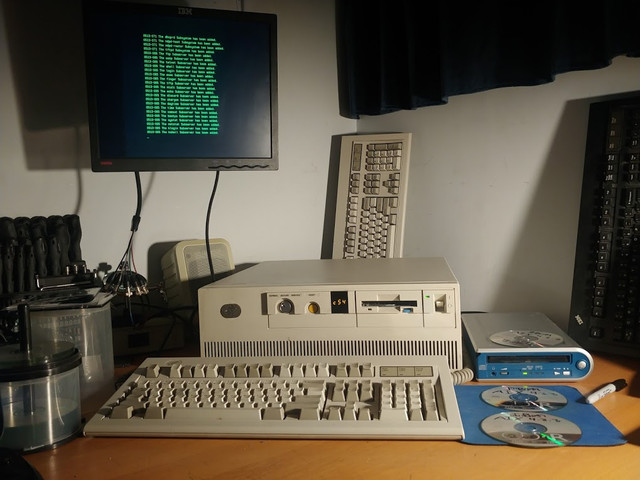 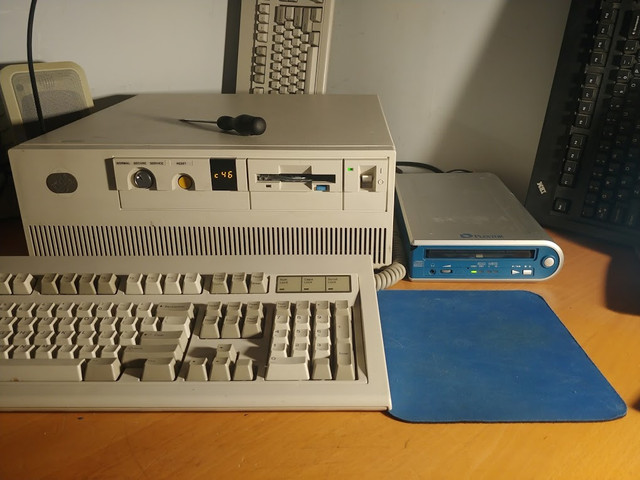 that was all going well and i successfully installed AIX 4.3.3 (well the first disk anyways, haven't figured out how to install whatever is on the other 6 disks) 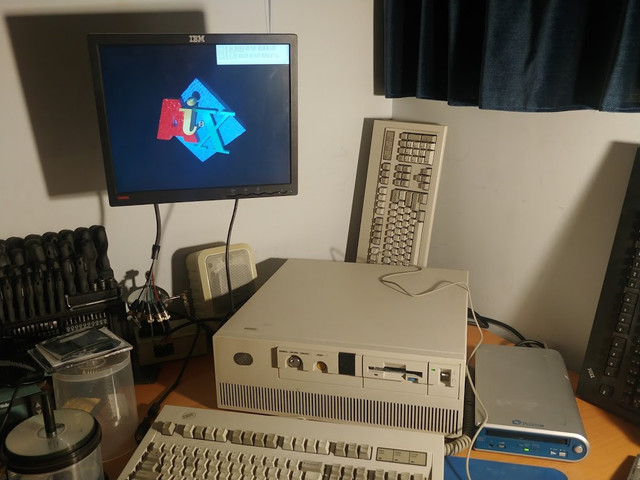 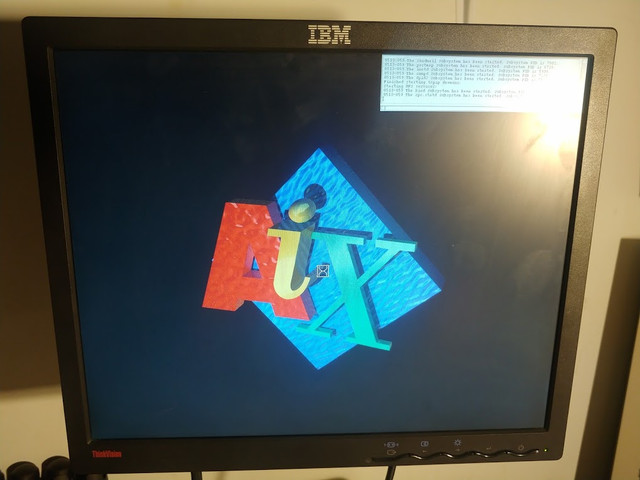 I have to say, I'm EXTREMELY impressed with the VERY HI-RES GUI. 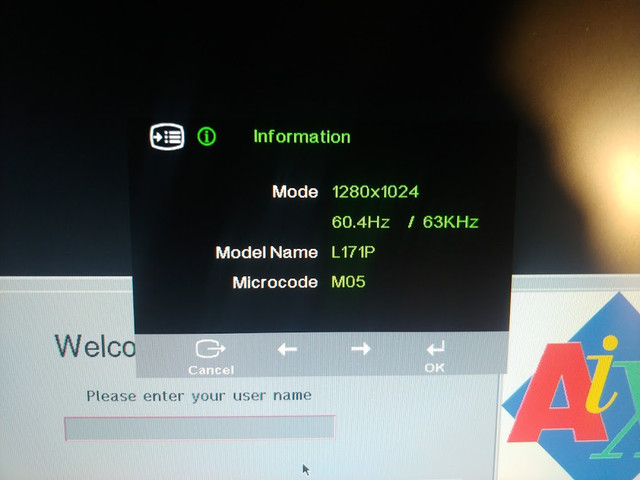 I guess this is the CDE graphical environment. something I've never used before. but I like it so far. If only i understood how to use it I don't even know how to access the CD drive. did i mention I have zero experience with UNIX or LINUX or BSD? 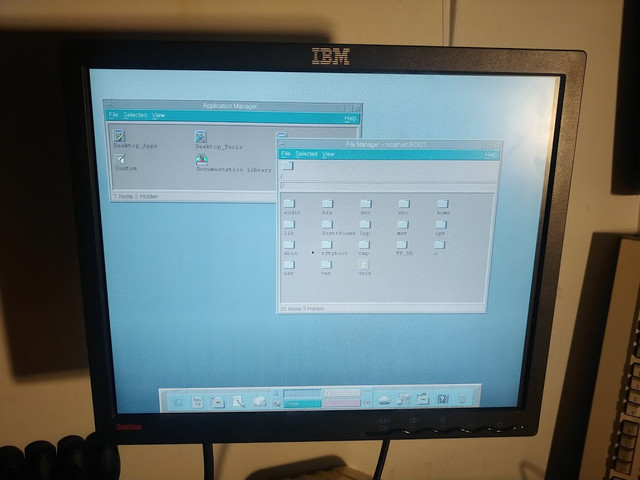 That's a nice system. You'll want to find a terminal application (xterm or aixterm?) so you can get started with the shell. I only used the server versions of RS/6000, we used smitty, if I recall correctly, to get to the management application IBM felt was necessary to overlay configuration files. I think there's also a GUI version. There is a type of database they also used to save some settings, I was always cursing at it when I had to reconfigure device drivers while developing a low level application interface driver to the IBM HiPPI cards.
C

dtterm at least should be there. Open the CDE "drawers" on the bar at the bottom (the little arrows at the top) and you should see some applications. Or, just browse the Application Manager -- it's like the Program Manager in Windows 3.1.
W

Some of the basics can be learnt via the MAN (online manual display) command:
https://sites.ualberta.ca/dept/chemeng/AIX-43/share/man/info/C/a_doc_lib/cmds/aixcmds3/toc.htm
P

I managed to figure out how to Mount a CDrom and run DOOM. 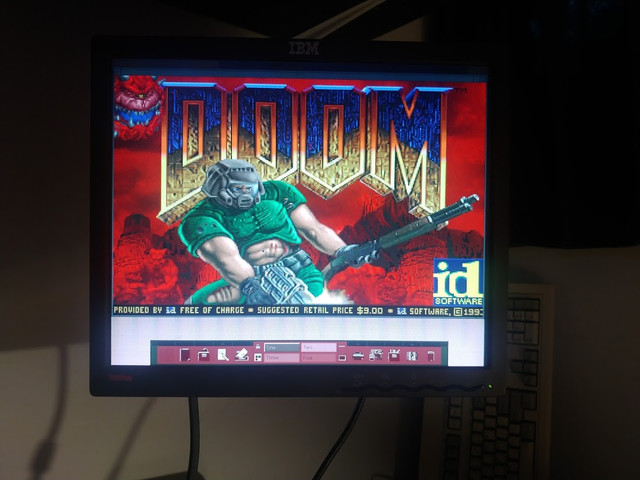 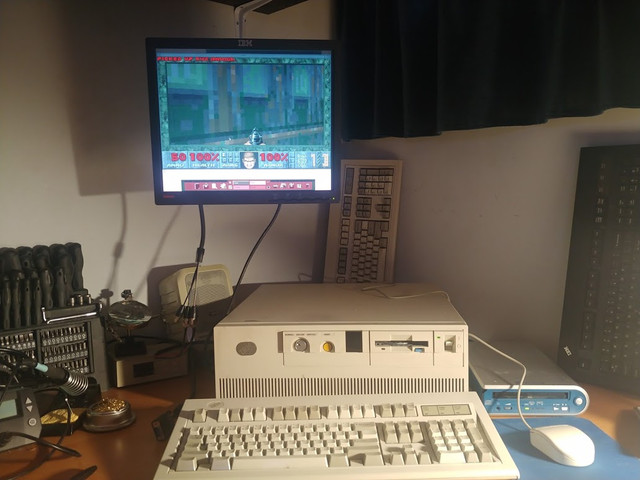 and I've been playing around with "smit" GUI for configuring stuff. The entire filesystem structure is fascinating and alien. the way a volume group spans two hard drives

It is a handsome looking machine. I'm also going to get a proper RS/6000 keyboard with the speaker, and an ultimedia audio adapter so i can play with the AIX ultimedia services 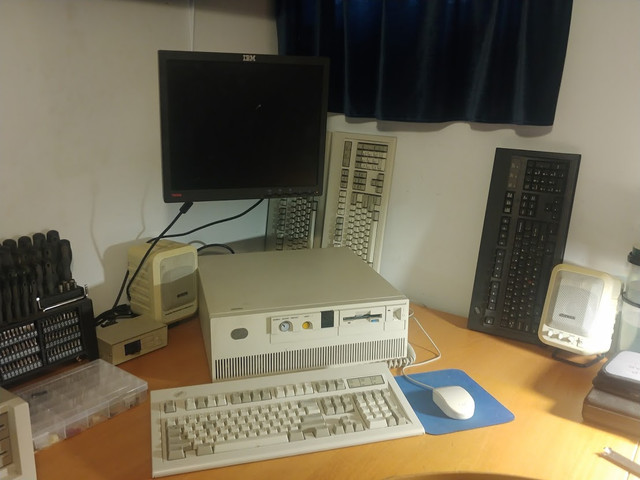 Excellent! Doom is a perfect period piece of software. I have fond memories of running it on SGI Indigos and playing deathmatches against some coworkers on late Friday afternoons! I once found a place I could sit (while protected on three sides) where I could continually plug one of those coworkers who kept respawning in the same location. Needless to say he didn't find it very amusing, but I did.
P

cruff said:
Excellent! Doom is a perfect period piece of software. I have fond memories of running it on SGI Indigos and playing deathmatches against some coworkers on late Friday afternoons! I once found a place I could sit (while protected on three sides) where I could continually plug one of those coworkers who kept respawning in the same location. Needless to say he didn't find it very amusing, but I did.
Click to expand...

Unfortunately the AIX port of DOOM (or at least the version I was able to find) is an unfinished alpha state project. with no sound support and no networking support.

the Quake and Quake 2 ports for AIX supposedly have much more polish. but my RS/6000 would have a rough time with quake
C

Yeah, you're not running Quake on that. Abuse might be OK, though. Where did you find the Doom port?
P

ClassicHasClass said:
Where did you find the Doom port?
Click to expand...

Browse around in here. oh those Russians....
C

I must admit, there's something magical about seeing the DOOM home screen and the CDE toolbar at the bottom.
C

Browse around in here. oh those Russians....
Click to expand...