TheDrip said:
This started off as a project to reproduce a riser for the Model 25-286 board. The only one I could get my hands on was $40, for a little 2" by 7" PCB, no components at all.

After some thinking, and some inadvertent prodding by bladamson who is making his own riser, I decided I could add some amount of functionality with the spare board space.

This is what spawned my tinkering the other night, adapting a Malinov FDC controller PCB into a UMB provider, here.

After modeling the 120P .100 edge connector and sounding out my stock riser to compare to the schematics, I thought I had a working design. (foreshadowing)

I added a 3rd ISA slot on the backside of the riser. I had seen this on some of the risers from aftermarket/upgrade boards for the model 25.

At the far end I added a 128k SRAM chip and a GAL for a little address decoding.

In my machine and intended use-case, the 3rd slot has an XT-IDE card. Mapped to C800 to be above the video ROM. The SRAM is mapped from CA00 to E000, between the XT-IDE and the BIOS ROM which starts at E000.

The added 88K of UMB's is enough to hold my entire load of drivers and TSRs, leaving the Model 25 with 625K free conventional memory. I use HIMEM.SYS for the OEM ram, and USE!UMBS.SYS for my 88k of added memory.

I only had one layout error. The ISA slot on which the IBM interface is based on has four particular pins, in the order WRITE READ WRITE READ. The IBM interface, otherwise just ISA with a number of grounds added was laid out WRITE READ READ WRITE. I thought this was a typo, and I thought I had proved it out with my multimeter. I was wrong on both counts. After no I/O functions worked on ISA cards, I figured out my error. A couple of quick bodges and we were off to the races.

The physical dimensions match the 8-bit version of the riser from the early Model 25s. The plastic riser from either machine will work, they just need some (a lot) of trimming. I have found with at least one ISA card on the primary slots secured with a screw that the riser is firmly in place and I don't see the need for the riser. You just can't be entirely hamfisted when inserting/removing ISA cards.

First the bodge, then beauty shots.

I have 4 more of these PCBs at hand, and Gerbers with the fixed IO signals if anyone is interested. Also the GAL programming files as well. I bought enough ISA slots to fully populate the boards, boy is it fun to solder 98x3 pins all in one sitting, plus I have a couple more of the SRAM chips and 16V8 GALs coming out of my ears! 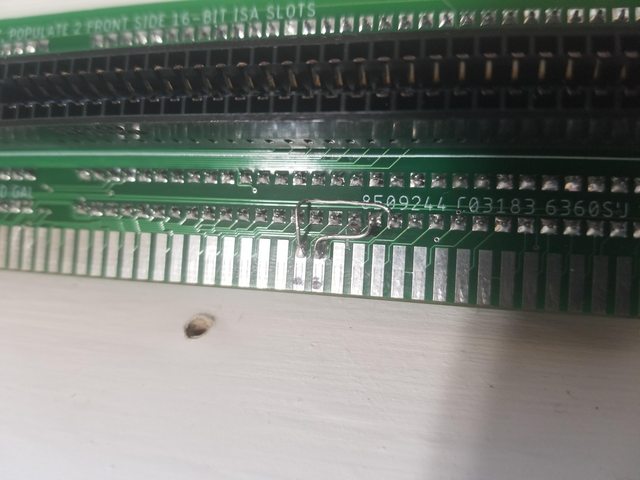 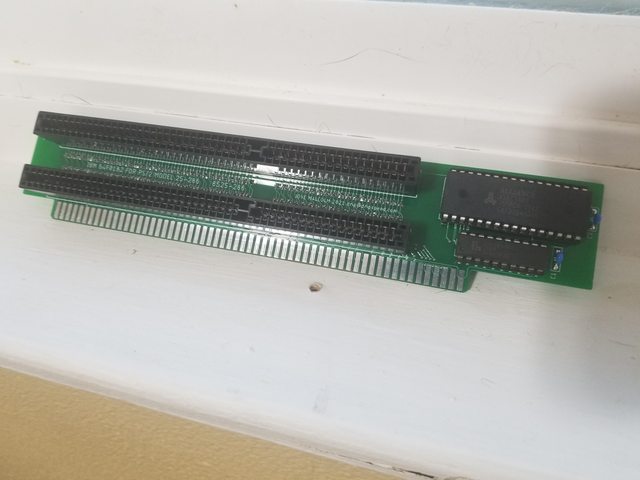 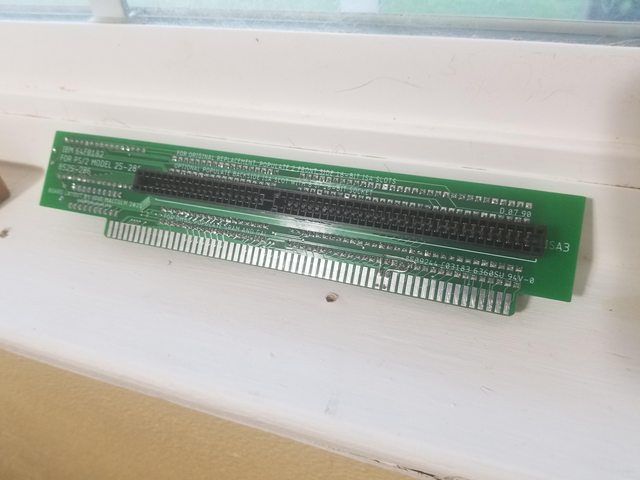 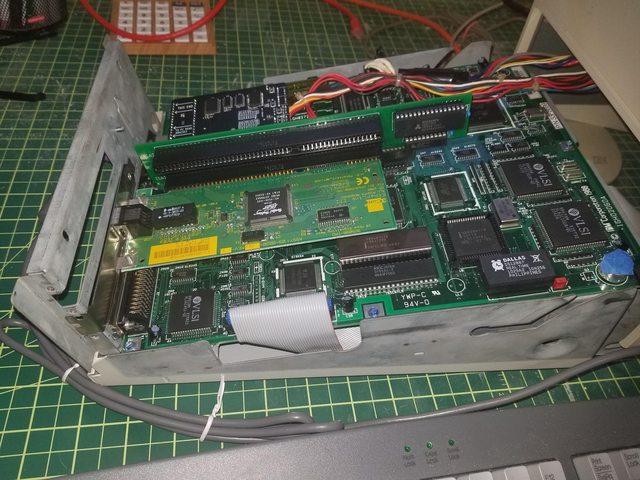 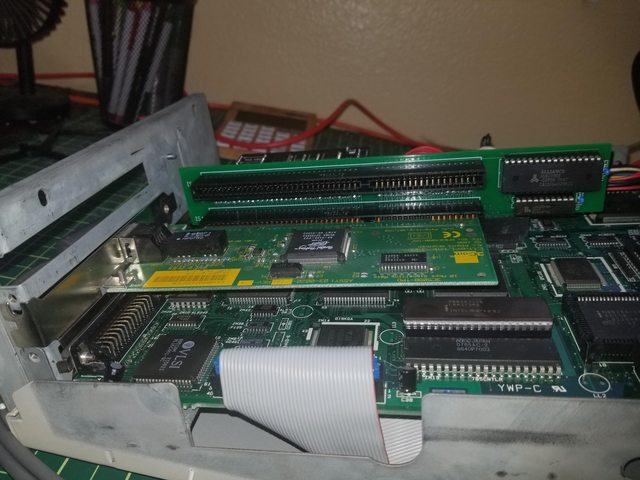 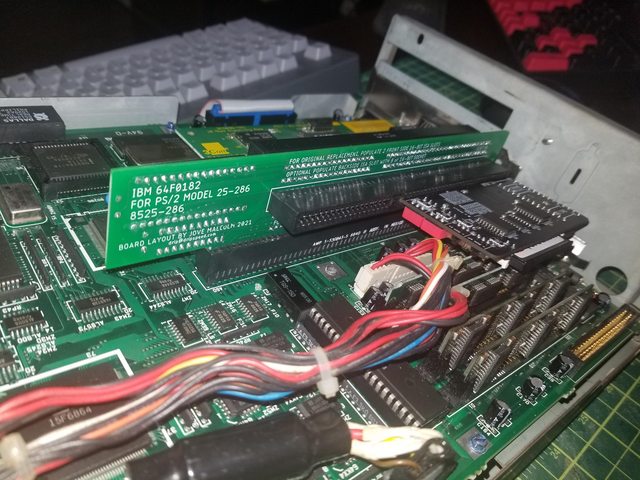 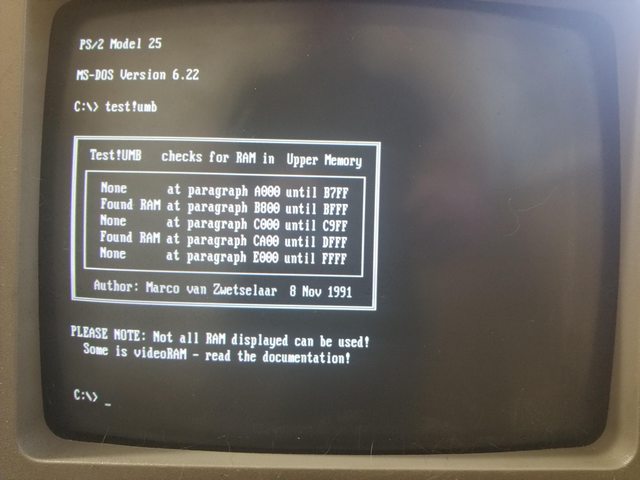