I am either really dumb or just have some bad luck. I aquired and XT-IDE Rev 4 board with most of the components to build it. And any components that were missing I used from my parts bin.

Ok 1st problem using XT-IDE version 2.0.0B3 I set up the mostly default configurations and try to flash EEPROM. I get a timeout error. Than I change the SPD to disable and than i get a different
error goes along the line of What was written does not match what was read.

2nd I am doing this on a Compaq Portable with the C ROM. So I make a couple more changes that I get it to write the EEPROM. When booting up to a CF card a Sandisk 32MB version. I get Command
interpreter is bad or missing. Press any key to continue. So I press the enter button it access's the A: floppy which then then times out after a few seconds and computer is just sitting there locked up. This baffles me. I can't boot from A even when holding down the A key at startup. I need the A: drive working to do a SYS command to the CF. Any hints suggestions welcome.

Does the Compaq boot from the floppy if the XT-IDE board is not inserted? May sound like a stupid question but I had that experience: a floppy disk that booted fine until that particular moment when I had to format my CF card. For what ever reason it was corrupted and I had to format it again.

If the floppy is fine, then IMHO the EEPROM is to blame. Try to flash it using a external programmer in the first place. Worked for me as well. Do you have another PC to test the card?

I have the original version (Hargle) from way back and never upgraded the flash. It's installed in my SX and runs (boots) all that I have. So, why not try your card in some other unit just to get it up and going? Just a thought.

Chromedome45 said:
This baffles me. I can't boot from A even when holding down the A key at startup. I need the A: drive working to do a SYS command to the CF. Any hints suggestions welcome.
Click to expand...

Assuming that the EEPROM contents are somehow the cause:

1. Disable the EEPROM by turning off the card's ENA switch.
2. Power on, booting from A:
3. Whilst power is still on, turn on the ENA switch.
4. Do what you need to do.

Chromedome45 said:
I acquired and XT-IDE Rev 4 board with most of the components to build it.
Click to expand...

Well I got it working. What I did was use version 2.0.0b1 and after setting up the parameters to match the switches I tried to flash it.
Again the timeout error occurred while trying to flash. So I thought to hell with this. I saved the XT_IDE image to a 5.25 floppy on my
compaq computer and took the disk to my transfer system and copied the file to a 3.5" drive. Brought to my Window 10 machine and using my EPROM programmer I downloaded the file to programmer and flashed the image onto an EEPROM. Took that EEPROM and plugged it into the XT-IDE and it booted up. At 1st only gave me options to boot from floppy cause I didn't have the CF attached to it. The floppy drives did boot. Then I hooked up the CF card with my MS-DOS 3.31 Compaq version and it booted just fine. So right now all is good and working.

@Ruud Yep using the EPROM programmer got it going. And yes with the XT-IDE out of the system it was booting from A:.
@modem7 Yeah I went over all my solder connections and reheated some suspicious
looking joints. That may have helped as well. Also I didn't think to disable the ENA switch. Then re-enable it.
@AO Yeah I should have saved my original XT-IDE the Hargle version. It worked the 1st time after I flashed it.
C

Does anyone know the part number for the slot mounting bracket for the XT-IDE rev 4 board and where to get one?
M 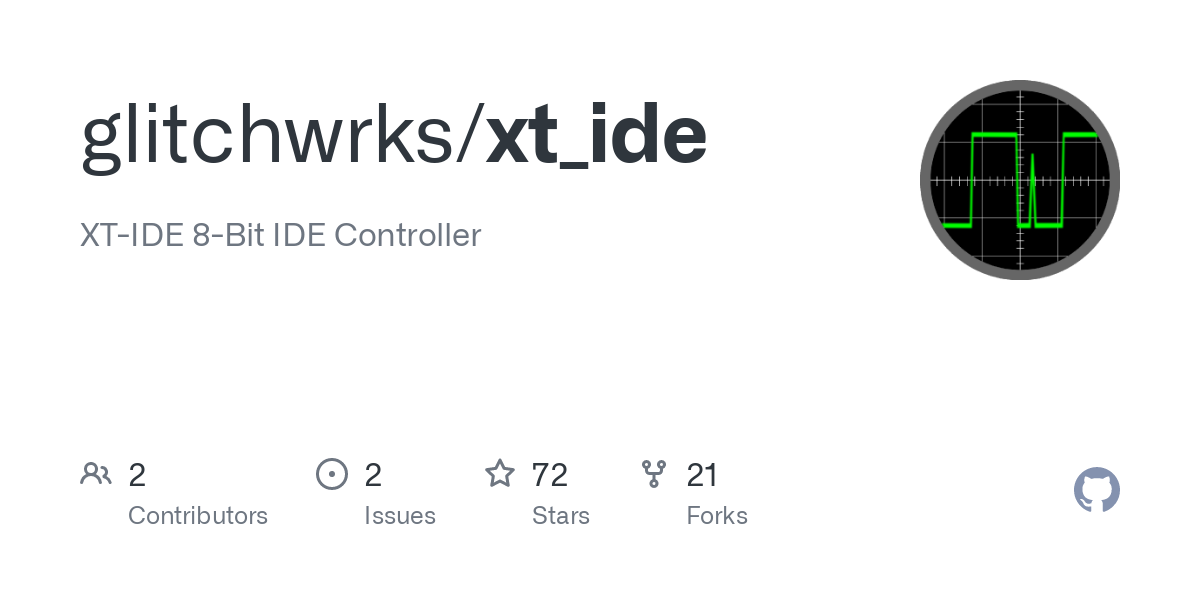