So I have an old Compaq N410C laptop. Its a nice older laptop (though not vintage). The only problem with it is that it does not have built in wireless.

I have been using a PC card Linksys A+B card to get in onto my network, but I recently discovered that this card does not support WPA, only WEP. This is no good since my network uses WPA which is much more secure than WEP and most of my other wireless clients have no issues with this.

So its off to Google to do some research on the laptop. Turns out Compaq offered an upgrade for the laptop that added wireless and/or blue tooth via a connector on the top of the LCD panel. There is a blank that slips out and gets replaced with a WS200.

The silver part on the right is the cover that slips off. The problem with a WS200 is that it is only capable of 802.11b, and I do not think it does WPA either plus they seem to go for $100 out there. So not a solution. 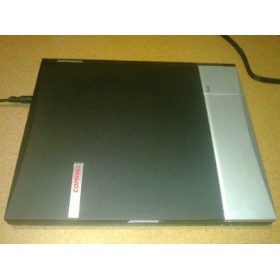 After giving it some thought it occurred to me that the connectors are probably no more than a glorified USB port. So I did some more research and came across this website that confirmed what I needed to know.

From the thread I found I was able to create this diagram that allowed me to trace all the way back to the connector to work out how to wire in a standard USB connection. 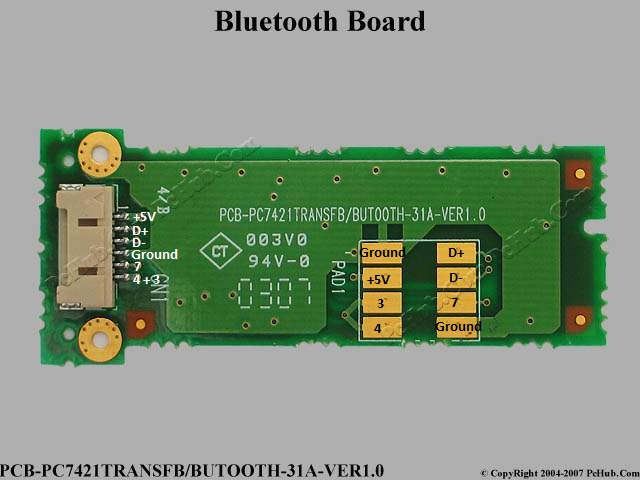 The PCB in the picture above can be replaced for about $10 if I ever decide to undo the hack and add to that if I fried the PCB I would never miss it. So I decided to hack away!

Step one was to disassemble the entire LCD panel to get to the screws that were holding the PCB in place. I then unplugged it and re-routed the connector through the hole in the cover that the PCB stuck out of. There was just enough slack to achieve this and it would allow me to unplug the hack as needed.

So after about 30 minutes of soldering I produced the images below. The soldering job is a bit coarse, but it works. 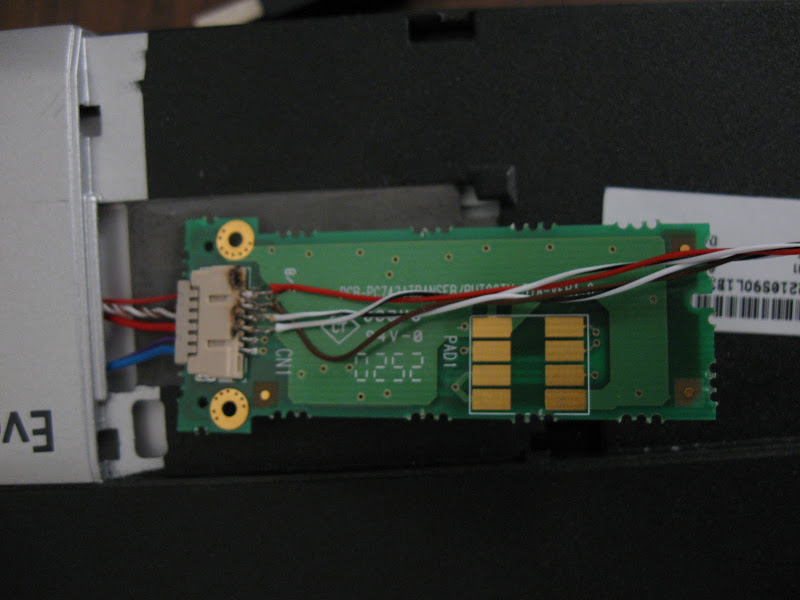 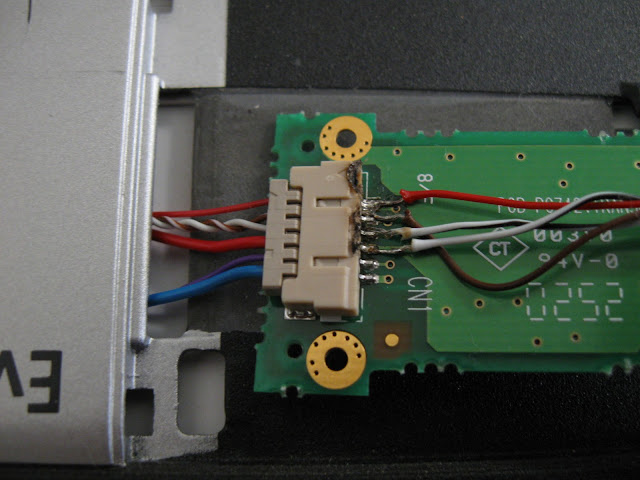 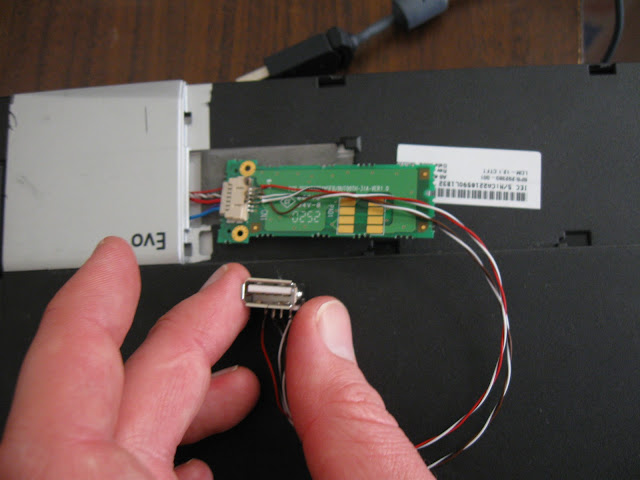 Finally all that was left was to trim down the PCB so it could slide more or less back into place. I also added some electric tape to hold the thin wires down, to limit the stress on the solder points. After trimming the PCB I slipped it into the 2 notches that it fit in before. 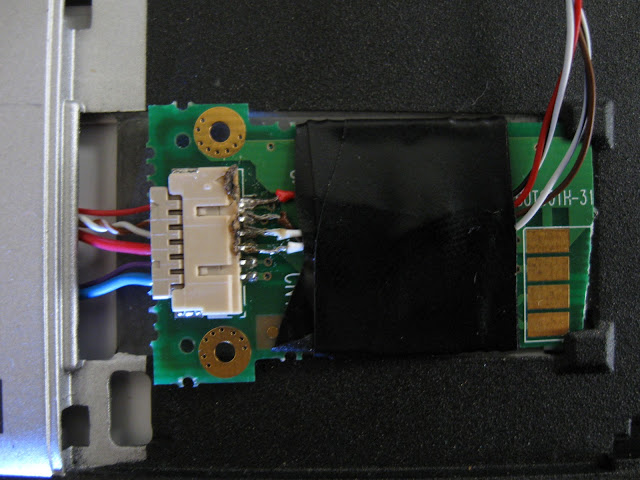 Lastly I tested it all. That is a USB mouse plugged into it below. Notice it is lit up and the right click menu on the screen behind it. It works! Also, after some testing I confirmed that this is a USB 2.0 port, so I can get a full speed adapter for it, all the way up to 802.11n, but I think I will stick with 802.11g. 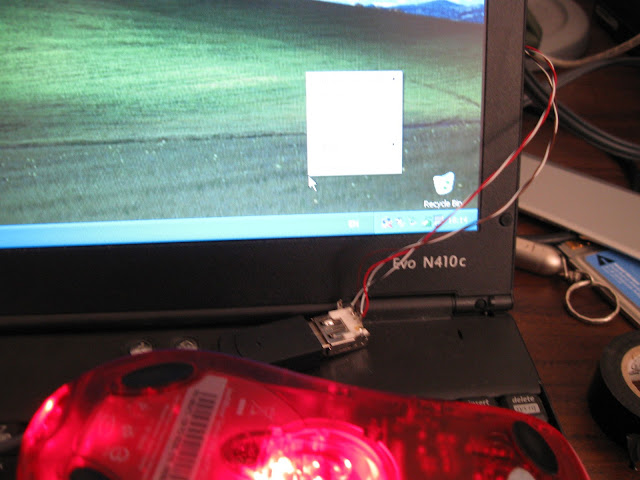 Its not finished yet, next I need to get a slim USB 802.11g network adapter and work out how to hide it behind the silver cover. I may need to solder the leads directly onto the USB adapter to make it fit, but I will update you all when I get the final parts.

Neat! Currently posting this from my 410c via cumbersome PC-card WiFi adapter, even though I have the W200, which of course doesn't support WPA. Looking forward to hearing about your choice of USB WiFi, since there really isn't a lot of space under that lid.

I don't think I will be able to cram a wireless card under the standard cover. I may need to try and get a broken W200, gut it and mount an adapter under neath it.

I was able to fit a belkin 802.11g USB stick (out of its plastic casing) in one of these for a friend, she had the w200 module though so that cover has more clearance. Even a working w200 is worth ripping apart, they have dreadful support and in anything past win98 cause almost constant BSOD.
You must log in or register to reply here.
Share:
Facebook Twitter Reddit Pinterest Tumblr WhatsApp Email Share Link
Top