Top 10 Most Beautiful Computers (some vintage, some not)

So I found this while looking for some info on an older system (it happened to make the list so was interesting) oddly this has new systems as well so it's kinda a hodgepodge, but you can try to guess who might have made the list though honestly it seems to just be some dudes opinion rather than a vote. hmm.. possible poll idea..
T

The only one I care for is #10 (the first one), but I'm afraid I wouldn't make it thru the first day, given the way I handle my 12" chef's knife. I'd end up impaling the poor thing, ending it's life along with my own. The work surface is just too small.

In my opinion the Mac cube and some other Apple models try too hard to be a complete work of art. Same with most SGI machines. The form extends too far beyond just a container for the hardware.

To me the more interesting examples of "beautiful computers" are those where the designers made no effort to make them look like any more than just computers, and yet in detail show superb industrial design.

To name just the few that I'm familiar with: the DEC PDP-11 toggle switches, the earlier SUN pizza box enclosures, the IBM AT cabinet and keyboard. Even my HP Apollo 9000 has great design in certain areas (see pic,) and we all remember the keys on the early HP calculators.

However the one exception to my thinking are the early Cray's. The cabinet fits the hardware precisely - no compromise in the packaging for sake of beauty - yet every time you a picture of one it just about takes your breath away.

I can't believe that kitchen computer! I wonder if it was just a huge joke by the computer company!

Was it really a serious concept or just tongue-in-cheek? Is there any proof that any units were actually built, or is the photo just a marketer's mock-up?

What wrong with a:

All of those machines seem to look good enough to be in somebodies Top 10! :-D
D

Although, usually, I don't give a damn what whatever I'm computing on looks like (or even if it's in a case), I'd have to go with Paul on this one and say the Early Cray lines combined functionality with esthetics perfectly.

Of course, for what you were paying for them, they'd better be and hand out chocolate chip cookie to boot.
V

I looked through the '10' and the only one appealing to me is #5
The IBM PS/2 Model 50. It has character. :D
I'm sure everyone has their own personal choices.

Well, I won't need copy paste Paul's post, but he mentioned about anything I would.

As for the list in the link, IF that is the range, then I'm missing things like the Apricot Xen and the Mac LC II (not referring to what was in there..)
T

I think the IBM PC AT is a stunning machine - it projected 'power' at the time.

The grill, key lock, boxiness of the case and the color scheme all say 'industrial power' in an understated way. Makes the modern fanboi's with their cases look ridiculous.

I think that the 5150 PC is also quite a looker. The sloping front bezel and the floppy drives taking up so much real estate makes it look like a much more primitive (but still industrial strength) machine.
N

I always liked the styling of the apricot machines too. small and neat.
One of my mates had an HP server that had a soft-opening door on the drive bay, which, as it opened lit a tiny little light that illuminated the drives, awesome in a darkened room!
But for all time sexy I'm with the cray!
P

Yeah, you have to be impressed with Cray. For most start-ups looking to build a supercomputer, industrial design would be way down on the list of priorities.
Yet somehow they managed to create a design that looks as futuristic as anything Hollywood might create. And no one had any worries about it looking vaguely like a park bench either.
20 years ago we had some sample Cray PCB's at work, as we were trying to sell them a solder joint X-ray inspection machine. They were about 22-inches square, thick and heavy with beefy IC's, and when in use were totally immersed in a cooling liquid. The large IC's were elevated slightly above the PCB surface with a 1/2" dia hole in the board underneath each one to allow coolant to flow through.

Tez, your comments about the kitchen computer made me smile! It sort of reflects the differences in thinking between the Kiwi and American kitchens of the 60's. As an avid Popular Science reader in those years (and living in NY state,) this sort of futuristic thinking was the norm - even if it was a bit far from reality!
T

Ok, how about we come up with our own list. Obviously it doesn't have to be limited to just 10.

So far we have (not in any particular order):

Anyone got any more they want to add?

Then not a system, but the Televideo 920 terminal
Maybe I'm biased by spending too much time with it..

And as the bottom of the list also needs to be filled:
Atari TT

Wrong System unfortunately - the book I have calls it a Hewlett-Packard HP200, though it's also known as the HP 9816 elsewhere! :-o 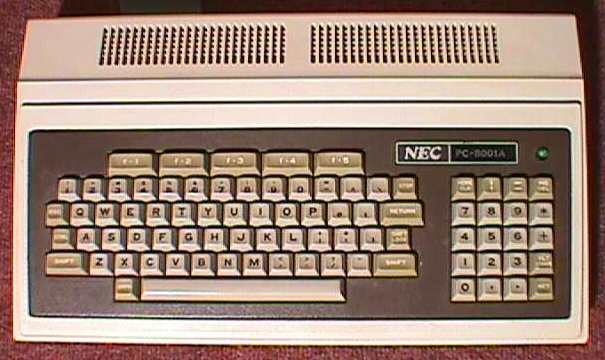 @TroyW: LOL @ LCII picture: which street is it? I could pick it up!
Click to expand...

If it generates some interest, that can only be a good thing, right?

And no idea where it is, that was on the first page of the results of the google image search for mac lc ii.
C

I agree with the Amiga 1000. Very slick design that was even carried over to the Commodore 128D.

I would like to add the Olivetti M10. That thing is just sexy to me!
http://www.suddenlink.net/pages/curtismc/olim10.gif
B

The cray-1 besides the C design for "Cray" being a chair was awesome, though not sure how often I'd want anyone sitting on my million dollar server lol. The power supplies were in the chair part IRC.

The Kitchen computer was a real thing, they have one that I took some pictures of at the Computer History Museum in San Jose, CA. Honestly it's one of the most mind bogling systems I've really seen or heard of, love the concept but it was about $10000 for one so who knows if they ever sold any lol. I'm amazed at the specs though for the era to be honest.

That's an interesting show of a 5150 also, never seen a monitor stand under the IBM monitor.

IBM 5100 (I love the look)
Altair/IMSAI (both look very nice though as much as I'd not like to admit the IMSAI probably leads for actual looks with the colored buttons)
TI CC-40 (was so cool I went and got one when I saw it at another museum (wow, didn't actually know it was TI's first portable system?))
CBM PET 2001 (I think has such a cool look to it also.)

hm.. honestly there are so many cool ones out there lol, hence my problem as a collector and admirer, so many neat looking systems out there that I see and want to check out.
C

barythrin said:
TI CC-40 (was so cool I went and got one when I saw it at another museum (wow, didn't actually know it was TI's first portable system?))
Click to expand...

Actually, the CC-40 wasn't TI's first portable. They also had the TI Portable Professional Computer, aka PC luggable! Bit of a quirky DOS compatible. Weighed a TON!
B

Interesting, thanks I put the question mark there because I wasn't sure, just saw it on 2 websites.
http://www.old-computers.com/museum/computer.asp?st=1&c=237

You're right about the TI Portable, though not sure which came out first.
http://www.old-computers.com/museum/computer.asp?st=1&c=472