Yes. Also known as quad density. But you can find 96 TPI ones but even so marked as DD.
FYI, I have even used 48 TPI and some worked. But even some seemed to work, already days later most of them lost part of the data.

Yes. Only a difference of 4 TPI but enough to make other brands unusable to read/write 8x50 floppy disks. On purpose? I don't know, but I wouldn't wonder if it was.

In The Beginning...there were two competing formats. Shugart's 48 tracks per inch and Micropolis 100 tracks-per-inch density. Micropolis followed the 8" convention of 77 cylinders; Shugart stuck with 35, then 40 and eventually introduced "double" track density at 96 tpi. Cylinder/track 0 is not in the same location for both formats. The 100 tpi version is somewhat (about 6 tracks) closer to the outside edge of the disk.

Thank you very much for this information!

There's some interesting history about the Tandy 2000's QD drives, and which types of floppies work in them.

The tldr is that Tandy used two different model floppy drives during manufacturing run, and they work best with two different floppy types.

Mitsubishi 4853: These were the original, meant for QD floppies. But too many users complained that they wouldn't work with regular DD floppies. So Tandy switched to...

Mitsubishi 4853-1. These lowered the signal on the magnetic heads so they wouldn't corrupt adjacent tracks on 40-track disks. (Apparently.) But by now IBM HD disks were coming out, users tried them, and now the other set of users complained! The new drives didnt' have enough power to write reliably to HD disks. The older 4853 drives worked with HD disks fine.

I found this in a contemporary users newsletter, page 8: 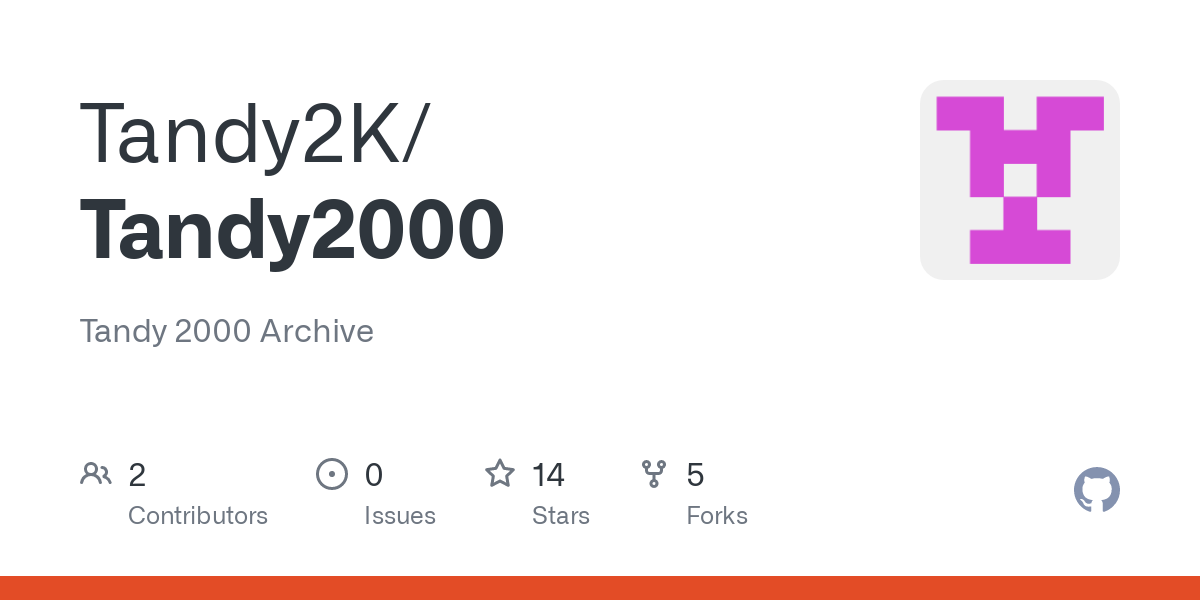 Tandy 2000 Archive. Contribute to Tandy2K/Tandy2000 development by creating an account on GitHub.