Another question:
Who is still (or again) using DDCMP for work or fun, no matter whether with simh, any other simulator, or real hardware?

But thanks anyway for your kind offer.
Just in case your M8207-RA is at hands:
Could you please look at it and note the numbers (23-xxxxFy; x&y are numbers - sometimes the 23- is left off) on the socketed ICs?
I would like to know whether there were different versions of the DMR11 ROMs.

Easiest to just send you a pic of the socketed chips. So here it is. 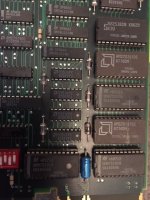 Very interesting - no DEC part numbers on the ROMs!
DEC used to label its ROMs with part numbers - how should the field service have identified ROM versions otherwise?
I think the missing part numbers and the differing IC producers are a hint that an update had been applied to this DMR11, probably not by DEC service field personnel.
If you had a possibility to image your ROMs yourself, I would ask you for the images, but sending your ROMs to Germany is too much effort.
If there isn't anyone in your neighborhood who can do it, then leave the ROMs where they are.
Thanks again!
Ulli

That was why I posted the picture. What you asked for part numbers I was not seeing. I don't know of anyone down here being a DEC person that could image
these ROMS. So are all those sockets chips the ROMs?
G

tradde said:
That was why I posted the picture. What you asked for part numbers I was not seeing. I don't know of anyone down here being a DEC person that could image
these ROMS. So are all those sockets chips the ROMs?
Click to expand...

The picture you posted is like looking at the test chart at the eye doctor. The small print at the bottom of the parts is the version information. They all have @DEC81 or similar copyright dates. The part version information might be something like 103F3, 128F3, 101F3, 100F3, 222F3, 104F3. You should be able to read those more clearly in person.

Could not read all the DEC part numbers on the PROMs, but at least some of them (103F3, 100F3) match those captured here:

Just went with what I saw in the pdp-11 Field guide using the number off the card as reference. It's not something I will likely use as I have no way to connect it to any other system. Interesting to know what it is though.

Well I was just going off the labeling of the firmware ROM dump on bitsavers at:

www.bitsavers.org
which indicates the files are for a DMC11.

But as you indicate the picture enclosed has an M8207 in the etch, which is for DMR11/DMP11.
So a bit of an inconsistency there it appears.

The hardware installed checklist on top does not show anything but the CPU and memory. There is an M8203 and and M8207 board connected by a ribbon cable. And a round cable coming off one of the boards. The M8207 board has "RA" stamp on the top area of the board. So I believe at one time this was a DMR-11. Someone may have converted it for who knows what reason. I don't know how to use it or even test it. So it just sits there. If someone would like both boards let me know. 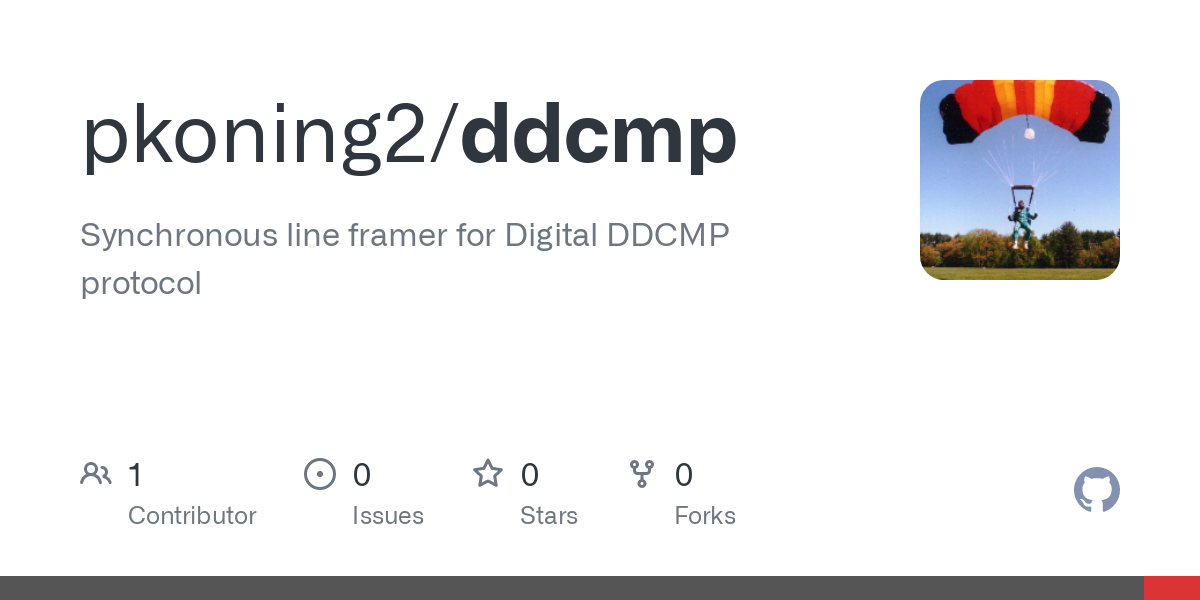 github.com
With help from Mark Pizzolato, I added support to SIMH for my DDCMP sync line interface ("DDCMP framer"). This is a USB device, built around a Raspberry Pico, that implements the lower layers of the DDCMP synchronous line protocol. It allows SIMH (or PyDECnet) to talk to real machines that use those interfaces.

@tradde:
Just for couriosty: How much would you want for the two boards?

No idea. I'd likely have to put in one of those green handled jumper NPG cards to fix up the interrupt chain. Don't want to break my machine. I would assume these boards or at least one uses that?
You must log in or register to reply here.
Share:
Facebook Twitter Reddit Pinterest Tumblr WhatsApp Email Share Link
Top