Got a PERQ T2 - any one else that has a PERQ here?

There was an ad on a Norwegian ad site site for a old computer. An ICL PERQ. It was only 75 USD so I got a friend of mine in Oslo purchase it and when he as going on vacation to Sweden he brought it along.

It is a PERQ T2. According to the seller it doesn't work. It came with two monitors, keyboard, mouse and mouse pad. 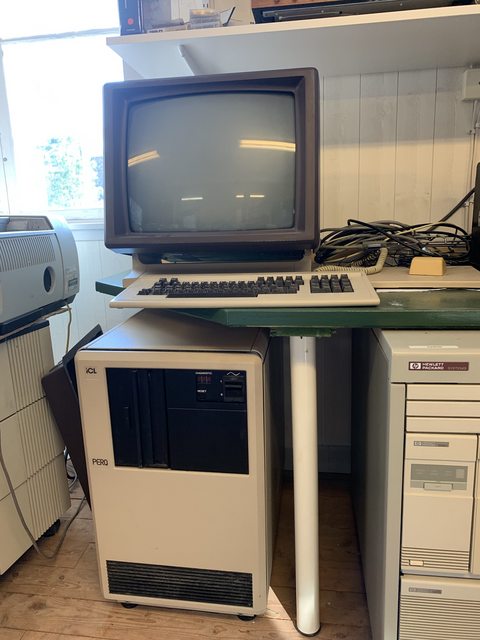 CPU board. It is the 20 bit Datapath, 16 k WCS version. I think it the most common CPU. Then there is an IO board and a memory board. 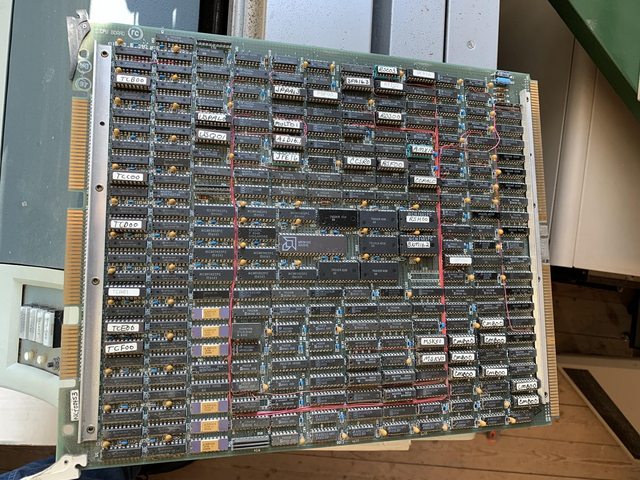 I already found the excellent tech manual by Tony Duell. It will help a lot when bringing this up to running condition. On bitsavers there are also quite some PERQ pieces.

The previous owner attempted to start the machine but got nothing on the screen apart from an idle scan raster when turning up the brightness.

The first step would be to try to image the hard disk. From my understanding the T2 uses a standard ST506/ST412 type interface drive, right? Then possibly use the MFMemulator with it. There are reports on the MFMemulator working with the PERQ T2 so hopefully it would work fine.

Then I will check out the PSU to see if that is fine.

Are there any other PERQ owners around here?

Josh Dersch, S. Boondogle, Tony and Bruce Damer/Digibarn have them
I'm sure there are others around.

I have a T1 chassis, but no keyboard or display.

I met Josh Dersch at the VCF Pacific NorthWest festival at the LCM+L (awesome museum by the way, I highly recommend visiting multiple times!), he is a really nice guy! He had two PERQ systems running with graphics tablets and large monitors to play with. If anyone knows about the PERQ, Josh would certainly be on the list. 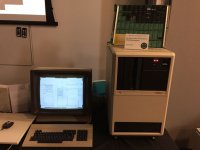 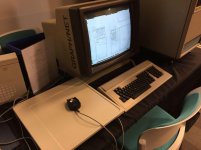 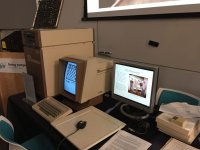