Ok so in the mid-90's I spent a lot of time downloading various languages for DOS to play with.. Mostly different versions of BASIC since that's what I was familiar with.. I think I was looking for one that could compile to .EXE since all I had was QBASIC at the time. Anyways, I am trying to remember one that seemed to have good graphics library support and even had support for 'fonts' in a way.. I very clearly remember it being able to print graphics (maybe cursive?) style text - I think there was an "outline" style font.. That's about all I can remember.. Does anyone know what I'm thinking of?

What you're describing sounds like the Borland Graphics Interface (BGI): 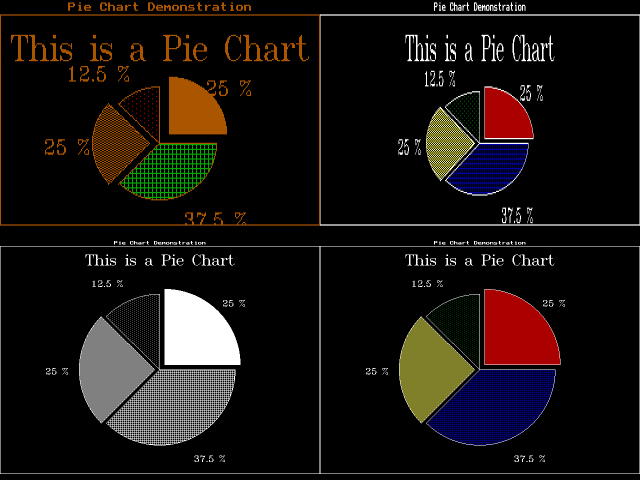 That's exactly what I was thinking of as well. TurboBASIC (in one guise or another).

vwestlife said:
What you're describing sounds like the Borland Graphics Interface (BGI):

That serif font looks really familiar, I think that was it! thank you! BGI worked with TurboBASIC?

I don't think TurboBASIC used the BGI interface per-se - but it did have it's own graphics commands...

I believe BGI could work with MS QuickBasic, which (in the advanced, commercial version) could compile to EXE. But it's been a million years since I looked into that.

Quite interesting how PowerBASIC started off as BASIC/Z, it was extended to become Turbo BASIC for MS-DOS/PC-DOS, which Borland brought in 1987, though by 1989, Bob Zale brought it back and relabelled it as PowerBASIC and setup PowerBASIC Inc.