I'm new here, and I hope I'm in the right place! I'm not knowledgeable in computers, let alone old computers, but I've come seeking help from experts such as you all.

I'm trying to identify items used as set dressing from a film shot in 1985. It's been said by one of the people who worked on the set that they had access to British Airways "ticketing computers" called BOADICEA when the airline company upgraded their systems. This person mentioned when they took the covers off, it made for a neat look that fit into the style of the film.

Now, because I've got no idea what to look for, I'm not finding anything that matches what I'm seeing in the film in google searches. I have a mix of behind the scenes images and screenshots from the film. 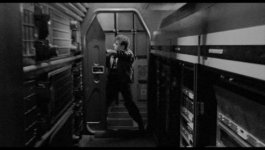 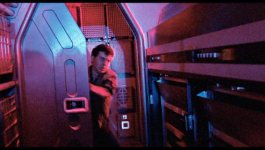 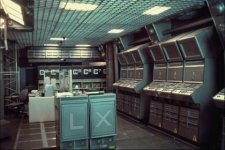 Additionally the units on the right side of the 3rd picture I would like to know about too. (Along the back wall in groups of 3)